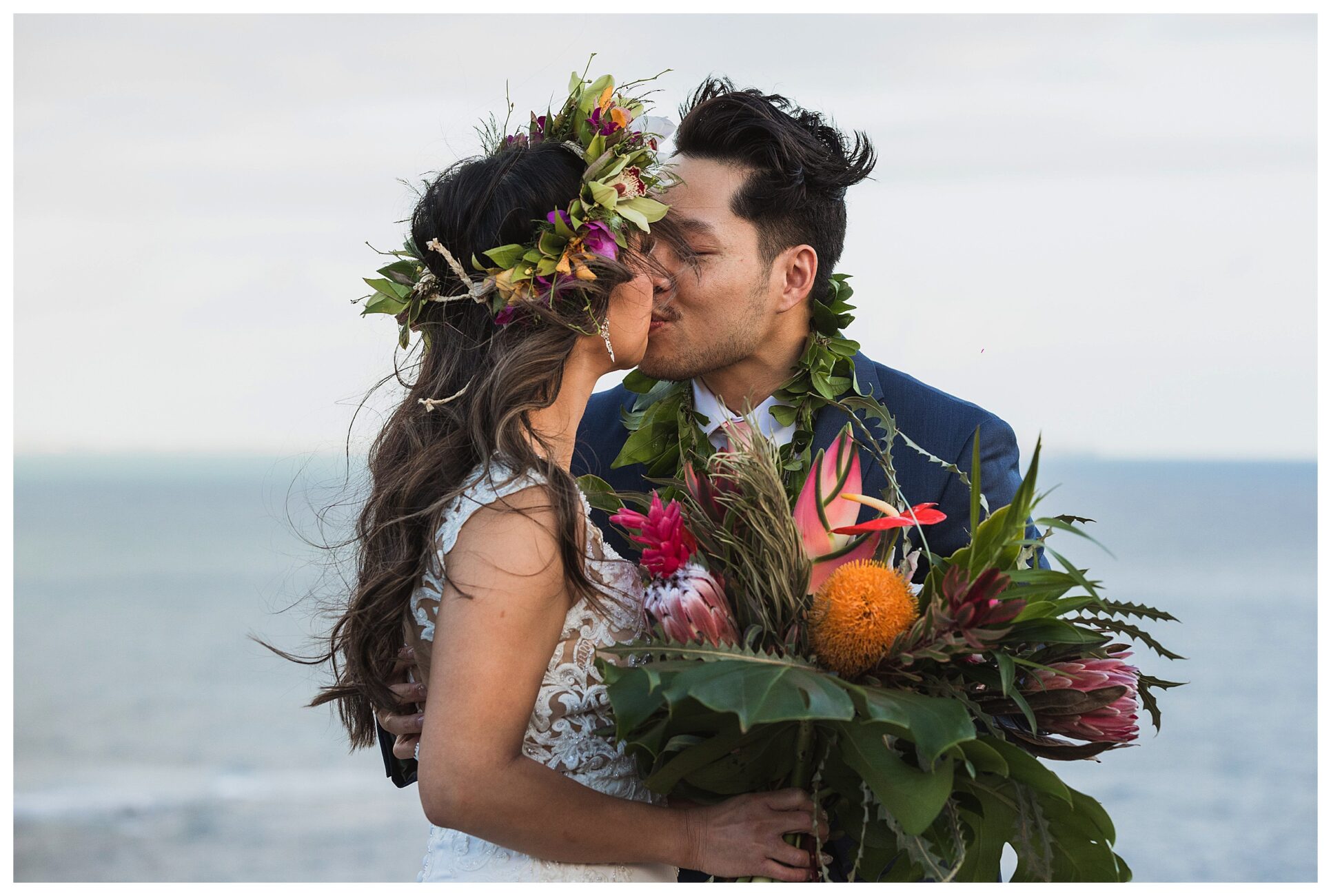 When we say Rowie & Bin’s Oahu adventure elopement was one of the most fun elopement days ever, we mean it!!🤩From their sunrise first look overlooking the coastline all the way to their sunset first dance on a white-sand beach, every part of this day was an epic adventure.

Fun fact: these two Disney nerds are huge EDM fans, so we drove around all day vibing to music & sharing our favorite music + movie suggestions, and trying to plan a future hang at the next EDC festival in Vegas!

The October weather was AMAZING and they were so ready to make the most out of their day, and damnnnn did they do just that. Rowie told me that she wasn’t really worried about keeping her dress clean/dry, so I knew we were going to have fun exploring the island without a care in the world. She said a dirty dress would be her “badge of honor” – but in the end, it didn’t even get dirty somehow!🤣

We arrived to meet Rowie & Binh just after 5am, and they were ready in their suit & dress before the clock even hit 6! The early start to the day REALLY made sure we had enough time to hit up a bunch of different amazing spots + enjoy it all. We made our way to Makapu’u Point Lookout for a sunrise first look, and mannn was it so epic. Once Rowie & Binh had seen each other and taken it all in, we explored Makapu’u Point, took plenty of early morning elopement photos, and grabbed some quick detail shots + individual shots of each of them. And then we were off to their ceremony!

Leaving Makapu’u Point by 7:15am got us to Lulumahu Falls before 8, so we had plenty of time to hike to the waterfall. We made our way through the dense bamboo forest + quite a few giant, slippery rocks, and eventually arrived at the gorgeous 50+ foot waterfall! Rowie & Binh exchanged their vows as Corey officiated, and we snapped a ton of dramatic portraits of these two in front of such epic scenery.

After deciding that we’d successfully done all the waterfall-chasin’ that we wanted to, we left to pick up lunch at Adela’s Country Eatery, a delicious restaurant in Kaneohe that serves yummy local food from Hawaii, plus some Asian & American dishes. Then Rowie & Binh headed to their Airbnb to take a break, get refreshed, and grab their cake for later. We met up again a couple hours later to enjoy a quintessential Hawaiian snack: shaved ice!

Makua Beach is one of our favorite spots on Oahu because it’s a bit more secluded than many other beaches on the island, and it’s got gorgeous white-sand shores as well as amazing views of the Waianae Mountain Range + Makua Valley. We got there just in time to catch a gorgeous sunset and take some romantic walking-on-the-beach portraits during blue hour, and have a sweet first dance + pop some champagne!

And to end this incredible day, we indulged their love for Disney & enjoyed a delicious dinner at Disney’s Aulani Resort in Ko Olina. It was the perfect end to a PERFECT day!

P.S. Shoutout to the Oahu wedding florist, Tropical Florals Hawaii, that put together the freaking amazing bouquet that Rowie got to carry around!🤯

If you’re more of a video person, take a look at the highlights of Rowie & Binh’s magical elopement day in the highlight film below!

We thought it might be helpful to include Rowie & Binh’s Oahu adventure elopement timeline for reference, in case you’re considering eloping on Oahu & want to see what your day could potentially look like!

6:30 – Leave for Disney’s Aulani, change out of wedding attire upon arrival

Want some help planning your own Oahu elopement?! We’ve got plenty of resources you’re going to love – check out a few of our faves below!

Hawaii Elopement Costs: Ways to Save + Our Top Budgeting Tips

This site uses Akismet to reduce spam. Learn how your comment data is processed. 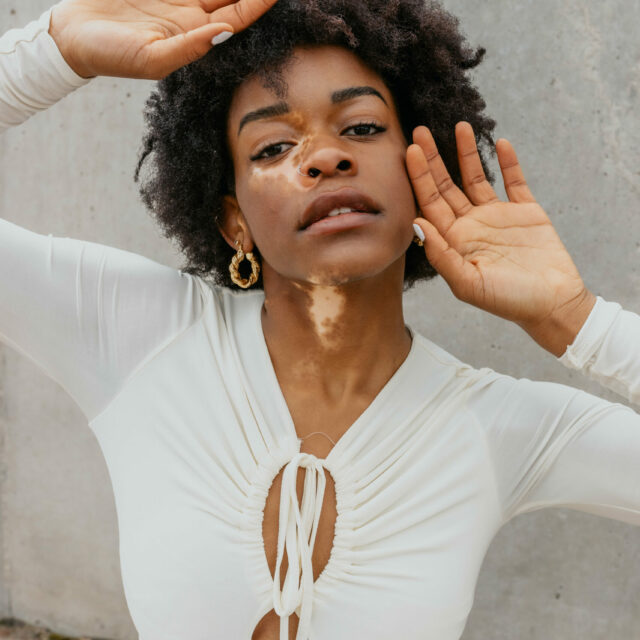 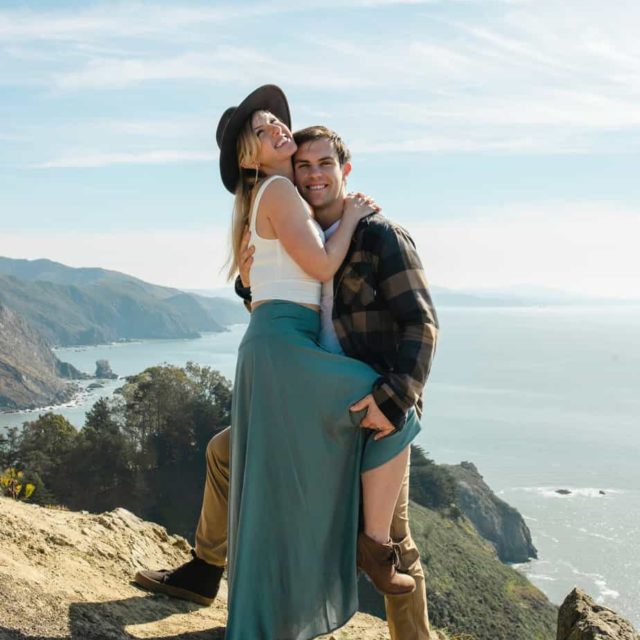 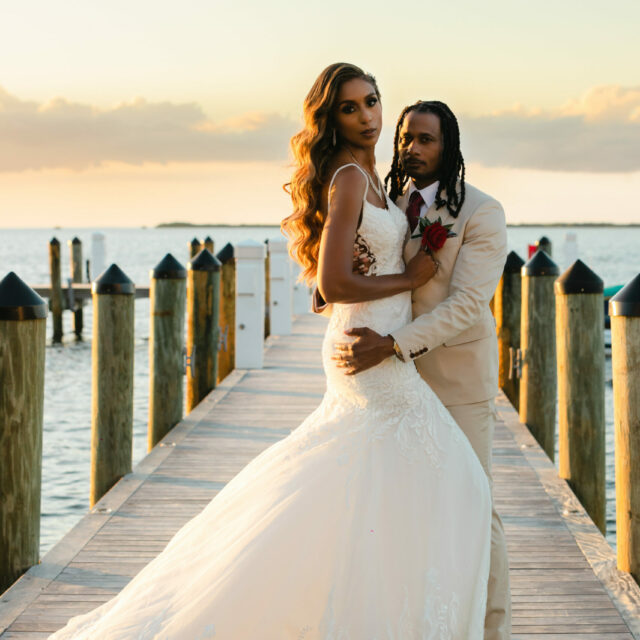 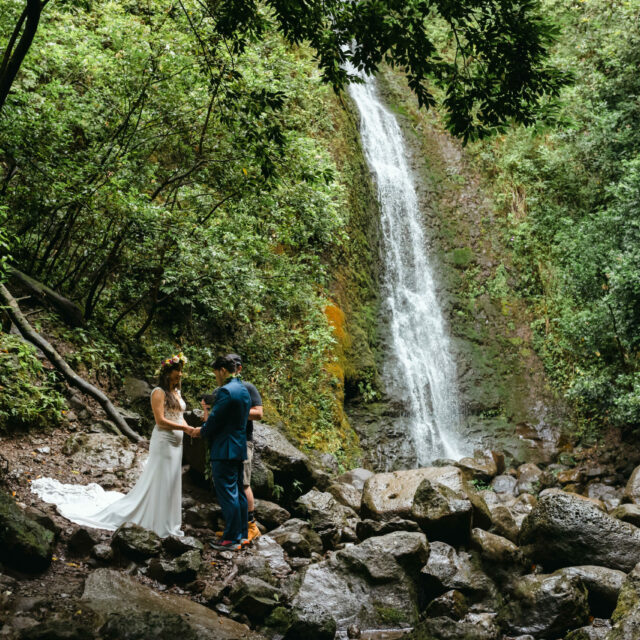 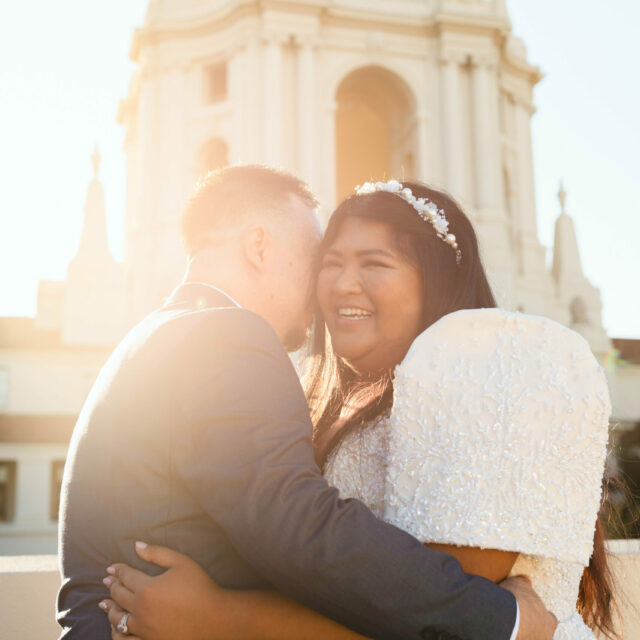